Print Wars: Attack of the Clones 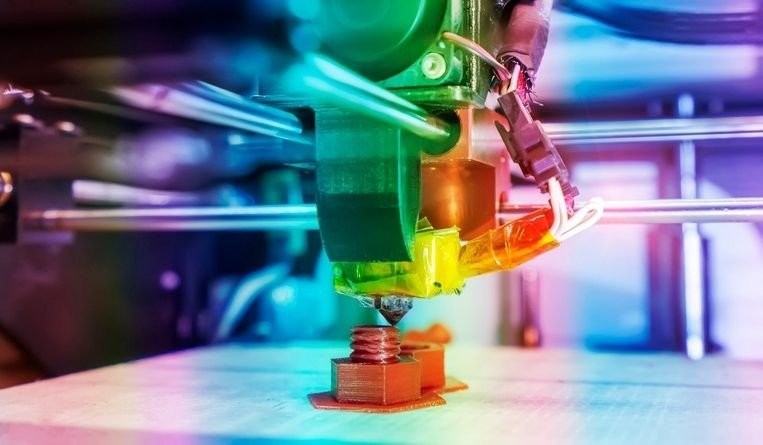 Anecdotal evidence suggests worldwide levels of filings in the 3D-print technology field presently is in order of about 10 times that of filings that occurred in 2007, says Sam Park, principal at SAMPARK & CO in Sydney. “The increase of patent applications for 3D printing is mainly due to market driven opportunities in the on demand manufacture of widgets/products or replacement parts.”

“With improving capabilities (materials and speed primarily) of 3D printers, product developers and designers are turning more to 3D printing to enable their creations,” says Anton Blijlevens, principal at AJ Park in Auckland.

Three-dimensional printing has gained traction in India and the technology has been employed or adapted in many industries from construction to medical. “Being the next manufacturing hub after China in Asia, local manufacturers are looking to employ 3D printing as a future technology,” says Gopinath A S, a partner at K&S Partners in Bangalore. “There have been ongoing efforts to develop 3D printing systems within the country, to meet the various needs of the manufacturing industry. Several innovations and technological advancements have occurred and given rise to many home-grown 3D printing manufacturers along with many big players. Such a boom in technology has obviously led to manufacturers and innovators in filing more applications before the Indian IP offices.”

An analysis of publication data from the Indian Patent Office suggests that close to 50,000 patent applications are filed every year. “Though the number of patent applications filed for 3D printing does not contribute to a sizable chunk, there is clearly some interest in the technology,” A S says. “Innovation in 3D printing and its resulting patent publications started to show up from the 1990’s with a more tangible activity in the last two to three years. It is clear that, the current activity around these technologies is likely to continue to see more innovation in the near future.”

The top patent filers for 3D printing in India are the multinational companies from the United States, followed by European companies, and few domestic applications. “The top foreign filers include Hewlett-Packard, General Electric, XYZprinting, 3D Systems, CC3D LLC, and Renishaw,” A S says. “While most of the local filings are from institutes such as the Indian Institute of Technology, some are from start-up companies such as Tvasta Manufacturing solutions, Ethereal Machines, etc.”

“As 3D printing expands into new industries and materials, inventors are finding new ways to run new substances through 3D printers. As a result, there are developments in making materials that will work well in such printers and in making 3D printers able to handle different materials,” says John Eastwood, a partner at Eiger in Taipei.

For the past five years, patent applications for 3D printing in Taiwan have been increasing, says Ruey-Sen Tsai, a partner at Lee and Li in Taipei. “In 2015 and 2016, there was a hike but after 2017, it has remained steady - these numbers show that the world of 3D printing is becoming mature.”

Initially, those filing for 3D printing patents were in the information & technology or the computer hardware industry, Tsai says. “Only after 2017, the applicants become more diverse. For example, Nike has filed several 3D printing patents in Taiwan with Hewlett-Packard and Applied Materials are the forerunners in the area.”

“We’re seeing many patent applications aimed at helping mix, store and move substances through the printer. The mechanical engineering patent engineers should be very happy about that,” Eastwood says. “There are interesting patents going on among material science and chemistry folks as inventors find ways to use 3D printing with new materials.”

In addition to their underlying businesses that can span a range of industries, the dominant patent filers in the 3D printing field are those that are active in the research & development space (directly or by venture and acquisition), Park says. “Leading filing activists include General Electric, Boeing, Hewlett-Packard, 3M and Siemens.”

Small and medium enterprises play a part in the 3D printing realm, too, especially during the pandemic. “I am not sure there is a pattern here other than recent Covid-19 events seeing product design involving 3D printing being done by SMEs due to speed to market and lockdown preventing injection moulding and time consuming production tooling being created in time to meet demand,” says Blijlevens.

Small companies have also greatly supported the medical field in order to beat Covid-19 and other illnesses.

Several folks have been printing the plastic visors in many places running short on personal protective equipment, says Eastwood.

Make the hardware cheaper or more accessible so that more people use it to help them realize the capabilities and stimulate more innovation, says Blijlevens.

“We always encourage clients to think about what problem they’re trying to solve. It has to be very business focused. It’s insufficient to do 3D printing because it’s ‘hot,’” Eastwood says. “Sometimes it’s about making shapes you could never make through conventional casting and moulding methods, or as with Navy ships and the International Space Station, it’s the ability to fabricate spare parts or specialized tools while far from home.”

Besides patents, trademarks protect the goodwill and reputation of companies’ 3D printed products/services, so they deserve to be filed, reminds Tsai.

Can Asia become a hub for innovation in 3D printing?

Yes, but strong demand base and engineering capability are required, Tsai says. “Taiwan has great potential as it has the reputation of being a high-tech powerhouse.”

As if most other sophisticated economies, Australia has the capability to lead in 3D printing but it is always a question of how limited academic, government and private resources are applied and prioritized by the decision makers, says Park.

Oftentimes, universities build up particular technology expertise for a range of historical or opportunistic reasons, he says. “This expertise may attract on a project-by-project basis private industry organizations like GE, Boeing, HP, 3M, Siemens to sponsor or venture with an academic research facility in specific projects that are considered potentially commercially valuable.”

As the expertise and track record of a university grows in a particular technology, it will be better funded by the institution itself or government grants, he adds. “At some stage some academic research facilities in particular technologies are identified as centres of excellence by industry.”