Perimeter set for application of exhaustion of trademark rights 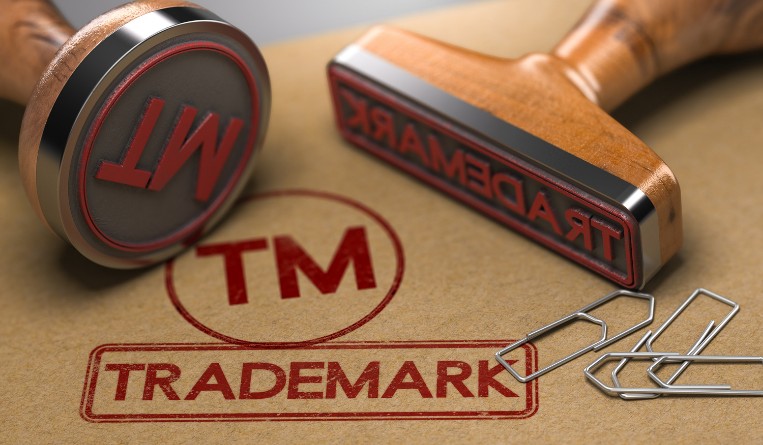 The right of trademark owners to exclude others from using identical or similar marks has been limited by the principle of trademark exhaustion. Once a trademark owner has placed products on the market, the right of a trademark owner to control further circulation of its trademarked product is exhausted. The resale by the first purchaser of the original products is not deemed as trademark infringement. However, with the rapid upgrading of electronic products, recycling the products of a right owner and selling the refurbished products with the right owner’s trademark frequently leads to disputes, and has been a growing concern. When a lawsuit is filed, the doctrine of exhaustion of rights is usually invoked as a key defense.

Rules in the international community

In general, the international community has developed certain rules to prevent the abuse of the doctrine of exhaustion of rights. Pursuant to Article 13 of Council Regulation (EC) No.207/2009 of February 26, 2009, a European Union trademark shall not entitle the proprietor to prohibit its use in relation to goods which have been put on the market in the European Economic Area. However, this stipulation shall not apply where there exist legitimate reasons for the proprietor to oppose further commercialization of the goods, especially where the condition of the goods is changed or impaired after they have been put on the market. In addition, according to Resolution Question Q205 passed by International Association for Protection of Intellectual Property (AIPPI), the principle of exhaustion does not apply to the reconstructed product, which involves changing or reproducing an essential component of such product.

In the United States, in Champion Spark Plug Co. v. Sanders (331 U.S. 125 (1947)), the plaintiff is a manufacturer of spark plugs which was sold under the trade mark ‘Champion.’ The defendants collected used plugs, repaired and resold them, but kept the Champion trademark. Also, the words ‘Perfect Process Renewed Spark Plugs’ were stamped on the packages, and the word ‘Renewed’ was stamped on each individual plug. The U.S. Supreme Court held that a reseller has the right to resell the original product with the original trademark attached, provided that the products have clearly been labelled as rebuilt.

Interestingly, in Beltronics v. Midwest Inventory Distribution (562 F.3d 1067 (10th Cir. 2009), the reseller argued that the change it has made only involved the product’s warranty, which was not materially different, and hence it had a right to resell the manufacturer’s goods based on the first sale doctrine. However, the court took a view that the nonphysical characteristics such as warranties and customer service should be considered when examining the product as a whole. Although there might have been no physical change in the products, there was a material difference in the nonphysical characteristics. Accordingly, the court concluded that the defendant’s failure to offer the same warranty as the plaintiff did, constituted a material difference as these differences might impair the goodwill of the trademark holders. Finally, the court held that the defendant had infringed on the plaintiff’s trademark rights.

In China, although there are no provisions regarding the exhaustion of trademark rights under China’s Trademark Law, Chinese courts typically uphold this doctrine. In Shanghai Qiaoshan Information Technology Co., Ltd.（上海乔杉信息科技有限公司） v. Guangdong No. 1 Pharmacy Chain Co., Ltd（广东壹号大药房连锁有限公司） (2014) Pu Min San (Zhi) Chu Zi No. 772（2014）浦民三(知)初字第772号）, the local Shanghai court applied the doctrine of trademark exhaustion to refute the plaintiff’s claim for trademark infringement against the defendant. On the other hand, as materially different products are not original and genuine, consumers are likely to be confused in connection with the source and quality of the products. The exhaustion doctrine is not applicable when the reseller sells trademarked products that are materially different from those sold by the trademark owner. This developing guideline has been tested and reflected in Chinese cases.

In a case handled by a court in Shenzhen in 2011, the defendant bought used iPhones at a low price as well as counterfeit components bearing the trademark ‘iPhone’. The defendant utilized the used iPhone CPUs and the counterfeit components to assemble iPhones for sale. By determining that the defendant’s refurbished iPhones differed greatly from those produced by Apple in terms of quality, the court held that the defendant’s refurbishment would mislead consumers to confuse iPhones made by Apple with refurbished iPhones, which constituted trademark infringement or even trademark counterfeiting.

In Domino Printing Sciences PLC（多米诺印刷科学有限公司）v. Guangzhou DuGao Precise Electromechanic Company（广州杜高精密机电有限公司) Guangdong High Court (2017)粤民终2659）, one of the representative guiding cases published by the China Supreme Court, Domino Printing Sciences, represented by us before the Chinese courts, specializes in industrial printing equipment. It manufactures and sells brand E-50 and brand A200 printers in China with its registered trademark in China. In the first scenario, the defendant bought old generations of inkjet printers made by the plaintiff, and sold the products of brand E-50 with the original trademark after replacing their one-piece ink tanks. In the second scenario, the defendant bought second-hand mainboards originally produced by the plaintiff and used them to assemble the products of brand A200 together with non-original components for sale.

The Guangdong High Court, the appellate court, distinguished the first scenario from the second scenario. With regard to the products of brand E-50, concurring with the trial court, the appellate court held that the sale of the materially changed products would undermine the traditional functions of trademarks as indicators of origin and the guarantee of consistent quality, and would ultimately impair the goodwill of trademark owners.

Generally, resale of trademarked goods through legal commercial channels does not constitute trademark infringement. However, if the goods has been modified, which significantly changes the characteristics of the goods and affects the relevant public’s evaluation of the trademarked goods, and the reseller failed to give reasonable and appropriate explanation, causing damage to the interests of the right holder, trademark infringement is established.

In the Supreme Court’s opinion, the ink cartridge system of the E50 inkjet printer is the core element for the normal operation of the inkjet printer. Refitting the printer had substantially changed the original quality of the E50 inkjet printer. Meanwhile, the defendant failed to produce sufficient evidence to prove that it has informed the relevant public in a reasonable and appropriate way, which was likely to cause the relevant public’s confusion or misunderstanding of the source and characteristics of the inkjet printer, and damage the legitimate rights and interests of the respondent. Therefore, the Supreme Court affirmed the judgment rendered by the appellant court.

The Domino case has been acclaimed as one of China’s landmark IP-related cases. Specifically, it illustrated the basic principles that Chinese courts applied in dealing with the doctrine of exhaustion of trademark rights and the boundary of its application. To determine whether repair, refit, recycle and refurbishment constitute trademark infringement, it is necessary to see if these behaviours affect the original trademark’s functions and quality assurance, and the relevant public has been reminded of; that is, whether they damage the goodwill of the trademark owner and mislead consumers. To cope with increasingly complex circumstances, it is anticipated that there is a way to go before Chinese courts develop comprehensive rules.

Mr. Tim Meng has served as managing partner at GoldenGate Lawyers since its establishment. Mr. Meng earned his LL.B from the Law School of Beijing University in 1990, and his LL.M from the American University in 1996. He was admitted to the Chinese National Bar in 1994 and to the New York Bar in 1998. Mr. Meng is a Fellow of CIArb and an arbitrator of CIETAC. Mr. Meng is a well-recognized litigator in China, and has been endorsed by peers such as Chambers & Partners, Legal 500 and Managing IP etc. In 2014, Mr. Meng was recognized by ALB as one of the Top 15
Chinese Litigators.

Mr. Meng has been heavily involved in complex commercial litigation/arbitration and IP-related matters. He has represented, as leading attorney, over 50 files before CIETAC, ICC, DIS and HKIAC, and litigated in over 50 courts in different cities at all levels all over the country. A wide range of clients have been represented by Mr. Meng such as Amazon, Blue Diamond, BYD Motor, CITIC Construction, Columbia Sportswear, Emperor Group, Eton College, Frasers, IFC (a subsidiary of the World Bank), JWT, Krones, Macquarie, Ogilvy, Ritz- Carlton Hotel, TSI and Vanguard.