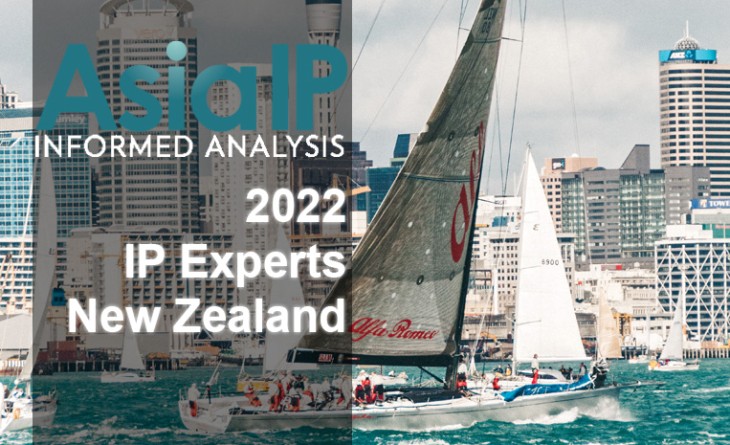 New Zealand has been in the headlines of IP-focused publications and the mainstream media this year, particularly since the Intellectual Property Office of New Zealand (IPONZ) ruled recently that artificial intelligence cannot be an inventor.

The ruling involved Stephen Thaler’s attempt to have DABUS, an AI system he created, recognized as the only inventor on a New Zealand patent invention.

“"If the legislators had intended to allow granting of patents in New Zealand for inventions devised solely by non-humans such as artificial intelligences, or life forms other than human beings they would have drafted the act to accommodate these possibilities specifically and explicitly. They did not do so,” wrote Mark Luiten, the country’s assistant commissioner of patents.

The decision has caused IP offices around the world to ponder whether AI can be listed as an inventor.

But New Zealand has not just been active in the patents space. In November 2020, IPONZ reported record-high filings of national trademark applications; in November 2021, it reported that a record had been set in September 2021 for the largest number of classes filed, and that New Zealand had seen a 10 percent year-over-year increase in trademark filings. IPONZ reported that, both years, the surge in filings had been mostly due to national filings, with only a small portion due to increases in filings through the Madrid system.

Everything points to New Zealand having a healthy, thriving IP system, and the country’s legal market backs up that hypothesis. With that in mind, we turned to an examination of the people who make New Zealand’s IP regime work: the lawyers employed by the country’s law firms, large and small, to find the very best.

First, we turned to IP professionals in the region in order to understand better what clients need today. Asia IP asked a large number of professionals – mostly in-house counsel and corporate legal managers – what they were looking for from their legal service providers. From their answers, we have compiled our list of New Zealand’s IP Experts, those lawyers who understand just what their clients need and are able to provide them with the best practical advice.

Today’s clients are looking for more than just a degree from a top-notch university and a couple of decades of practice. In order to be an outstanding provider of intellectual property advice, a lawyer must also be capable of understanding how intellectual property impacts the rest of his client’s business, and be able to provide practical, real-world, business-savvy advice. She must be able to provide sound advice on the current law, but also needs to be able to understand coming trends which are likely to impact her client’s business.

Unlike days past when she might have played just a bit role, today’s IP Expert is every bit a full-fledged team member.

It was no surprise to us that New Zealand’s two largest law firms dominated our Top 50 list: AJ Park placed nine lawyers on the list, while James & Wells put seven on the list. Buddle Findlay, Chapman Tripp and Simpson Grierson each landed three lawyers on our Experts list.

What was, perhaps, most interesting was how much smaller firms have proliferated in New Zealand in recent years. A number of firms on our list have been in existence for only a few years – although usually with many years of experience backing them up. Blue Penguin IP, for example, was opened in September 2018, but boasts lawyers on its staff with nearly 90 years of combined experience, including principals Jo Shaw (17 years) and Jon Ashen (12 years), each of who made our list.

Most of the lawyers named to our list have multiple practice specialties. Many of them are litigators, while others concentrate on prosecution work or provide strategic advice.

All of them have something in common: they are experts in their fields and, in one way or another, they provide extra value for their clients. They are Asia IP’s New Zealand IP Experts.