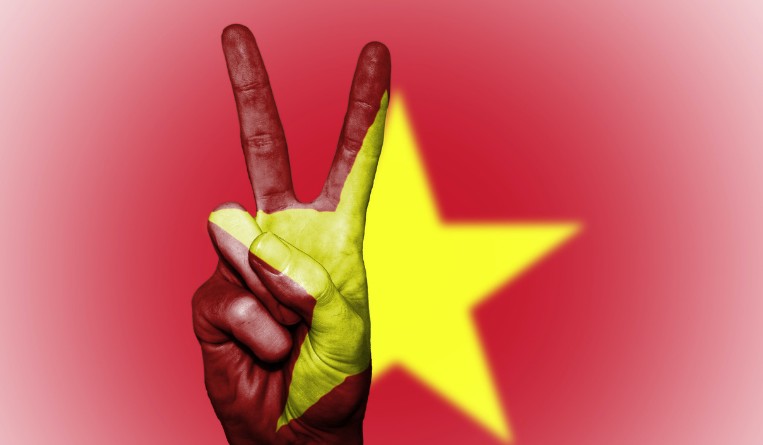 A December 2021 football game pitting Vietnam against Laos got the Vietnamese people talking.

YouTube channel Next Sports was airing the 2020 AFF Suzuki Cup match live on December 6 when, during the flag-raising segment, Vietnam’s national anthem “Tien Quan Ca” was muted. According to the channel, it was done to avoid potential copyright infringement. Next Media, the YouTube channel’s owner, wanted to avoid possible termination of its livestream and the risk of not being able to monetize because of an automatic copyright filter by YouTube's content ID.

According to Hoa Tran, Of Counsel at BMVN, a member firm of Baker McKenzie in Hanoi, a national anthem is a copyrighted work from a legal perspective. As such, the copyright holder is entitled to royalties.

“However, from a different perspective, a country's national anthem is also one of its most important symbols. The compulsory payment of royalties for playing the anthem will act as a barrier to the circulation of the national anthem among the public, which may run contrary to Vietnamese laws and regulations,” said Tran.

In 2010, “Tien Quan Ca” composer Nguyen Van Cao’s wife Nghiem Thuy Bang wrote Vietnam’s Minister of Culture, Sports and Tourism to suggest that the national anthem be donated to the public. She said it was what her late husband would have wanted.

However, in 2015, their son Van Thao said the family did not really reach a final decision as to the donation of the national anthem to the Vietnamese public. He registered it with the Vietnam Center for Protection of Music Copyright (VCPMC), enabling the payment of royalties for all public performances of the anthem, except for those in schools and important state ceremonies, as reported in the local newspaper Thanh Nien.

“This is probably not the first time the anthem is being silenced due to a copyright issue,” said Tran. “However, this event may be the first to draw the public's attention as well as outrage.”

Based on their observation, Tran said that “Tien Quan Ca” has not been silenced at all during international events including the Asian Games and Southeast Asian Games and at gatherings in Vietnam. The song was definitely not muted when the same football match was aired simultaneously by national broadcasting channel VTV6.

On August 25, 2015, the Ministry of Culture, Sports and Tourism instructed the VCPMC to cease the payment of royalties. The following year, Van Thao said the whole family has agreed to donate the national anthem to the government for free.

Following the anthem muting incident, the Ministry of Culture, Sports and Tourism announced that under the law, preventing the dissemination of Vietnam’s national anthem is not allowed, as reported in Vietnamplus.

With this announcement, “Tien Quan Ca” was played with the sound on before every subsequent football match of the Vietnamese national team during the 2020 AFF Suzuki Cup.

However, the rights of producers and broadcasters of sound recordings and performers, also called neighbouring rights or related rights, seem to present another angle to the story.

“We do not think that the related rights are in conflict with the copyright in this incident. There may be confusion among the copyright and related rights and, therefore, people may misunderstand that the national anthem is always free to use. For the Vietnamese national anthem, the State only holds the copyright to the composition and lyrics of the original song ‘Tien Quan Ca,’ as donated by the family of the late composer Van Cao. However, when a work is performed, the performance is set into an audio/visual recording, and such recording is broadcast, so related rights will arise from that performance, recording or broadcast,” Tran explained.

To address the issue once and for all, Tran has a suggestion.

“To solve the copyright issue in relation to the national anthem, I believe that an official and royalty-free recording of the national anthem should be made available for public use,” she said. “Furthermore, when holding such events, organizers should take care to play the official and royalty-free recording so they can avoid infringing other copyrighted recordings.”