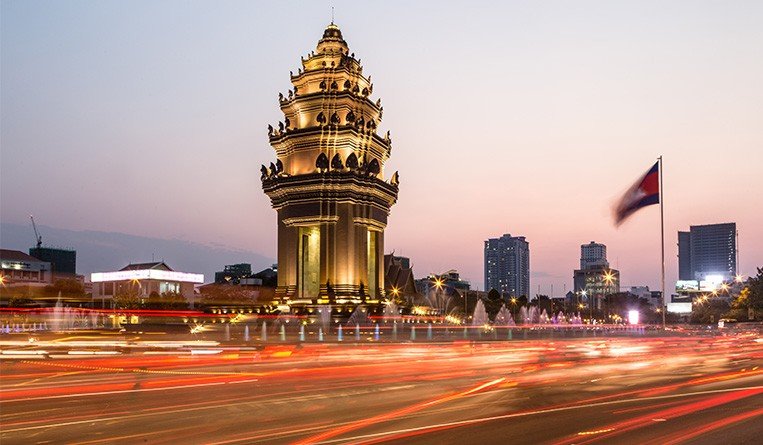 Two new pieces of commercial legislation in Cambodia are designed to establish high-level rules to govern e-commerce activities and to ensure that business is conducted fairly in order to protect Cambodian consumers.

Cambodia enacted two new major pieces of commercial legislation on November 2: the E-Commerce Law – which will enter into force on May 23, 2020 – and the Consumer Protection Law, which entered into force on November 3. Both generally establish high-level rules to govern e-commerce activities and to ensure that business is conducted fairly in order to protect Cambodian consumers. As most of the provisions of the laws are broad, the government is expected to issue further implementing regulations in order to clarify the obligations of entities covered by the laws.

While these laws improve Cambodia’s commercial legal framework by addressing some ambiguities and inadequacies in existing laws that created uncertainty for businesses engaged in various kinds of online commerce, they further clarify a company’s compliance obligations, in particular with regard to company’s engagement in online commerce or selling goods and services to consumers. With clearer guidance on these obligations, regulatory uncertainty will decrease and investors will have an easier time complying with their obligations under Cambodian law.

These laws also provide the Cambodian government with increased regulatory control over commercial activities, including those that occur on e-commerce platforms. The E-Commerce Law allows the government to impose licensing and other regulatory requirements on online business operations. The Consumer Protection Law allows the government to provide Cambodian consumers (including those engaging in activities online) with greater protection from unfair trading activities, including false or misleading advertisements, and computer related harms, such as online scams, data loss, identity thefts, among others.

“The enactment of these two laws is an import evolutionary step in Cambodia’s legal framework,” said Jay Cohen, a partner at Tilleke & Gibbins in Phnom Penh. “As the nature of business changes, and businesses increasing carry out business online, Cambodia’s government is clearly addressing the need for commercial rules that govern online transactions. Further, as Cambodia develops and commerce becomes more sophisticated, the Cambodian government is providing greater protection to consumers. However, the degree of impact that these new laws will have will greatly depend on the up-coming implementing regulations and how they are enforced.”

The precise implications of these new laws on online foreign businesses are, however, ambiguous, added Cohen. “It is apparent that the government is trying to regulate online foreign business activities; however, the treatment of foreign online businesses is not clearly distinguished from the treatment of local ones,” he said. “As implementing regulations are enacted, it will be interesting to see how these recent changes correspond to Cambodia’s commitments to the World Trade Organization on opening its markets in certain industries to cross-border supplies.

Cohen’s colleague, Pichrotanak Bunthan, an advisor in the firm’s Phnom Penh office, said that with these new laws, there are some major challenges that lie ahead, aside from its ambiguity.

“While the laws are positive developments for Cambodia’s commercial legal framework, the laws establish some new concepts and legal principles that are not familiar to Cambodia’s existing legal framework,” he said. “Therefore, there may be some issues of interpretation and how these laws should be applied, and inconsistencies between these news laws and Cambodia’s existing laws, such as Cambodia’s Civil Code and Penal Code. From a practical standpoint, there may be some challenges in implementing these laws and ensuring that businesses and regulatory authorities all have similar understandings of how to comply with (and enforce) these laws.”

Cohen noted that Cambodia is experiencing rapid growth in many sectors, and levels of digital literacy and technological infrastructure are inconsistent across the public and government. “Small and medium enterprises may face some difficulties in implementing or complying with these new laws for the first time,” he added. “Consumers may also not be fully aware of the laws, and thus fail to avail themselves of protections under these laws. Therefore, the Cambodian government may need to take actions to respond to these issues. The government can address these issues by improving its digital capabilities on infrastructure, equipment and human resources. Cambodia may also seek assistance from and cooperation with other countries such as China or Japan and international or regional organizations like the ASEAN.”

So what does the future hold for these new laws?

Bunthan said, “There will be subsequent regulations enacted to implement these two new laws. Likewise, we can expect new regulatory bodies, such as the National Committee on Consumer Protection (NCCP),to be established in the future. As implementing regulations are issued, they are likely to address concerns of the new regulatory bodies and of the private sector. Going forward, we anticipate that these laws will provide an improved regulatory framework that reduces regulatory uncertainty for businesses engaging in various forms of online commerce, and that consumers will obtain greater protections and companies will have greater clarity on compliance obligations. Hopefully, these regulatory improvements will support foreign investment into Cambodia and Cambodia’s evolution into an advanced economy.”

The trade war and global protests might bring a ra...